Why soil plays a major part in the purification of water

Healthy soil is an essential condition to obtaining water that is drinkable and clean. It acts as a natural filter, capable of regenerating itself.

It works for free, constantly, and does so very discreetly. Few people think about it when they open their taps, but soil is the cornerstone of the entire water purification process, from rainfall through to the storage of the precious liquid within groundwater tables.

If soil didn’t perform this essential filtering role, groundwater reserves would not be as clean. Human societies would then be unable to use it for drinking water, which is however vital for their survival – contaminated soil affects the quality of water. This is equally true with degraded soil through plant protection agents, for example, which would have wiped out the majority of micro-organisms living under ground. For the natural filtration process to regenerate, the soil’s structure therefore has to remain undamaged, and the factors which threaten to degrade it don’t’ exponentially increase.

The soil has several functions regarding water purification. It is firstly a filter – its composition allows it to mechanically clean seepage. Like a sieve, it catches hold of pollutants. Depending upon the type of soil – whether light and sandy or rich and silty – impurities that are very small in size (up to 0.2 micrometres) can even be trapped, which stops them from then ending up within groundwater tables.

However, this filter function can be ruined by soil erosion or compaction – also called soil compacting or settling. Indeed these are some of the most serious environmental problems caused by conventional agriculture.

The process of microbial degradation

The soil equally plays a role as a chemical filter. Having caught hold of the pollutants, it dissolves some of these through absorption. They are then bonded to the earth’s clay or to the humus layer. Some of them will even be recycled and will be used to feed micro-organisms or plants present at the surface. But again, the chemical filter role requires stable soil. As a result, pollution of the air, rainfall that is too sudden or heavy, dirt deposits, mineral fertilisers, pesticides, or any substance that is not originally present in the soil represents a potential threat to its health.

Finally, soil plays a role as a biological filter, and one which is especially crucial as it enables pollutants to be both caught and destroyed. This process is made possible by microbial degradation, which is very effective against all types of organic pollutants. These can be micro-organisms, fungi, or smaller living organisms present in the soil which perform a decontamination and soil recovery role. Here again, there is no substitute for living soil for gaining access to clean water. Soil which has been made fertile by conventional agriculture – with a gradual loss of biodiversity, particularly as far as micro-organisms are concerned – will play practically no role as a biological filter. 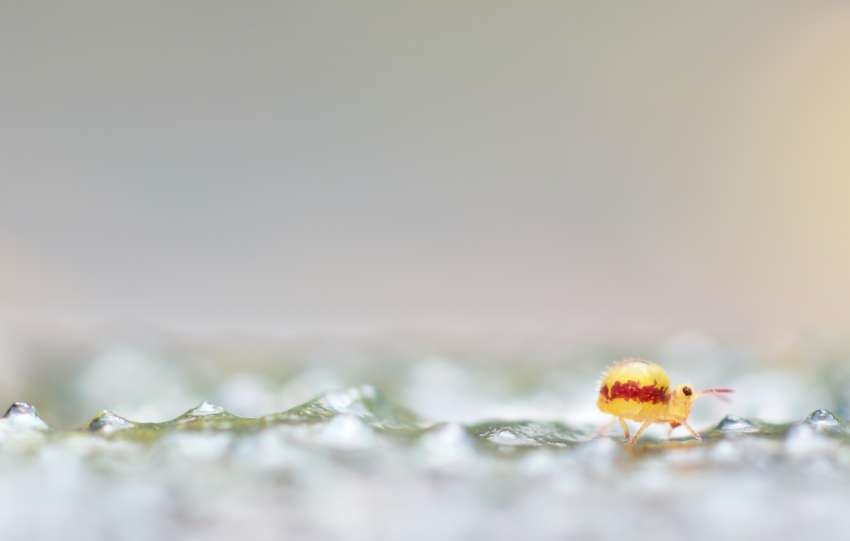 Collembola, major players in the regulation of soil micro-organisms

Interview: reforestation, focus on one of the most effective solutions to mitigate global warming

Interview: how deforestation in Africa can lead to the extinction of biodiversity

Interview: why fungi are essential for healthy soils

The preservation of the Living Soils is one of Moët Hennessy’s major commitments in terms of sustainability. This site is intended to consolidate the numerous existing initiatives around the world on the topic as a way to contribute to the sharing of knowledge and help evolve practices to encourage soil regeneration.
Our site uses cookies. Learn more about our use of cookies: cookie policy ACCEPT REJECT
Privacy & Cookies Policy

This website uses cookies to improve your experience while you navigate through the website. Out of these cookies, the cookies that are categorized as necessary are stored on your browser as they are essential for the working of basic functionalities of the website. We also use third-party cookies that help us analyze and understand how you use this website. These cookies will be stored in your browser only with your consent. You also have the option to opt-out of these cookies. But opting out of some of these cookies may have an effect on your browsing experience.
Necessary Always Enabled
Necessary cookies are absolutely essential for the website to function properly. This category only includes cookies that ensures basic functionalities and security features of the website. These cookies do not store any personal information.
Non-necessary
Any cookies that may not be particularly necessary for the website to function and is used specifically to collect user personal data via analytics, ads, other embedded contents are termed as non-necessary cookies. It is mandatory to procure user consent prior to running these cookies on your website.
SAVE & ACCEPT